From time to time everyone wants to play something on a smartphone. At this moment, someone who does not follow all the latest in the industry may get a little lost from the huge selection of games on Google Play. Specifically, in order to facilitate the lives of such users, we periodically publish collections of games that you can play at your leisure. Among them, there are those that may appeal to experienced players. 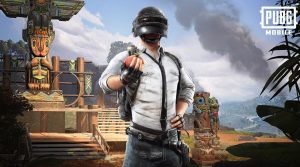 We do not disdain to include paid games in the selection, because sometimes it is better to pay immediately and not be distracted by advertising. But there are also free games. In general, everyone has a chance to find exactly what he likes – go and choose.

What to play on Android in July

It seems that Android games are getting better and better every month, and there are always a lot of new games on Google Play. Sometimes there are more, sometimes less, but, as a rule, the frequency of such occurrence is more or less stable. In this collection you will find the best new games released in June.

Dead Cells is the latest game from Playdigious, the publisher of popular games such as Cultist Simulator, Evoland, Teslagrad and OK Golf. You have to break through various levels, jumping over obstacles and beating the bad guys when they come to you.

The game is not too unique in its mechanics, but it is executed simply superbly. There are no time limits and you can explore the world at your own pace. In addition, there are several control options, including support for external controllers. The game is expensive, but it justifies its price, especially since there are no internal purchases.

Endurance – How About Endurance

Endurance is a game created by the same developer as Ailment, and it is just as good. Players plunge into the past to explore the ship (Endurance) and find out how the virus spread.

Games are not related to each other, but if Endurance is of interest to you, then you should pay attention to Ailment in order to enjoy it. Players explore the ship, shoot the bad guys, collect tons of weapons and just enjoy playing a retro shooter.

Exos Heroes is an RPG game that provides players with an open world to explore, plenty of things to do, and a good storyline.

The gameplay is interesting, and players are offered several modes to make it more interesting to spend time if you are bored. To call it difficult does not work. Those who have passed it say that this is just a good game, especially if you want to spend time. The storyline should not cause difficulties. True, sometimes the game has something to “get to the bottom” in terms of translation from the original language.

Checkered Islands – not the most intricate

Checkered Islands – a game that cannot be suspected of excessive semantic load. The player’s task is to put small Griddy creatures on the board, and small creatures will jump on them so that you receive money and can upgrade on them.

The game scales very well and has more than 50 levels of Griddy, which you can collect, combine and get the result. The game will not hit anyone, but for “kill time” it works great. At first there were mistakes in it, but the developers quickly corrected everything and now there are almost no questions about the game.

The main part of the game is the “three in a row” genre, but in parallel you will find out the details of the crime that happened in a small town.

The story of the game tells the story of the murder and you need to find out who the killer is. You do this by solving those same puzzles three in a row and passing levels. Then you use the keys that you get for this, interrogate the suspects. There are a lot of levels, and the game is free, so keep in mind that you will constantly be encouraged to in-game purchases. At some point, you can give up when it becomes quite interesting, but you will not be able to pass the level.

In this game you will have to lead the actions of Tokar, a mercenary with a past worthy of admiration. You send him on assignments, as well as to collect various things. This is a bit more like an interactive story with RPG elements than a regular text RPG, but that’s fine if you like reading stories.

The game is well thought out in all directions, although some users in the reviews criticize the ending of the game, but we won’t talk about that now – no one likes spoilers. In any case, the game is free, so you can try.

Whipsey is a side scrolling 2D platformer. It uses a graphic style similar to the platformers of the 1990s, so many will experience some nostalgia during the game.

The title character can run, jump and move as usual or use equipment to overcome obstacles. Most criticism regarding the game is not even that it is paid (85 rubles is not so much), but that it is short. Perhaps the developer will understand this and increase the game, even if you take more money for it.

In the end, I would like to ask you what advise you to play. Write the name in the comments or in our Telegram chat. We will help each other find something interesting.

← Your Mailbox is Listed. What is it and How to Behave How to See a Sticker Before Sending Telegram Gestures →